Paige Hareb has placed runner up at the 2010 Billabong ISA World Surfing Games in Peru this morning. Paige led the final until the last two minutes when the Australian surfer Chelsea Hedges got the better of the final exchange and jumped into the lead.

Hareb continued to dominate for the New Zealand team progressing through to the final. ISA / Paolo Lopez.
The result equals the best ever at the World Surfing Games by a New Zealand surfer and is the best result ever achieved by a female team member.

Paige has helped the Quiksilver New Zealand Surfing Team to eighth place at the event - 3 places higher than their result in 2009.
at 10:02 AM No comments:

Longboard Festival due to start in Taranaki 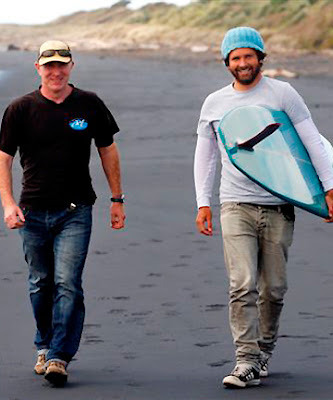 The flash moves are out and the surfing styles of the 60s will reign during the longboard contest at New Plymouth's Fitzroy Beach this weekend. New Plymouth Surfrider's Club president Mark O'Connor said competition would be all about hanging ten and walking the board. "It's an old school competition which we started about three years ago. We go back to the old moves that were common in the 60s," he said. "It's all about smaller surf, about two to three feet, which we call logging waves. The forecast is good with fine weather, light winds and a two metre swell."

The contest is restricted to the first 48 entries and one division covers everyone. "No-one gets eliminated in the first round. The emphasis is on fun until the finals when it'll be a bit more serious." The top prize, a $1700 Del-designed glide model longboard, will be offered as a spot prize. 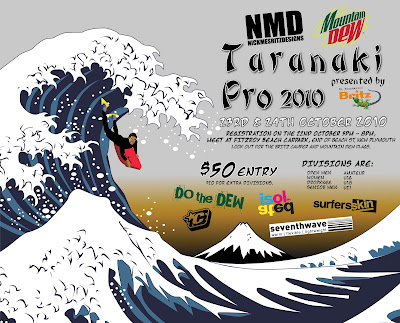 That's right: forecast is looking epic for the swag of New Zealand bodyboarders frothing to make good this weekend. Check it out!
at 4:27 PM No comments:

Canterbury groms a threat to be reckoned with... 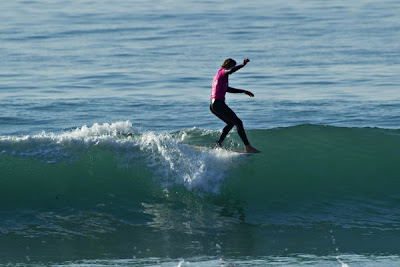 The National Scholastic Surfing Championship has finished up for 2010, with Bay of Plenty taking the title for the second year in a row. Super nice waves and sunny weather blessed the event held at Makorori Beach, Gisborne. Also nice to see was the Canterbury Team improving on last years results, finishing 6th — just behind Gisborne and ahead of Northland. Standouts include Seventhwave ambassadors Luke O'Neil (first in the Longboard Division), Alethea Lcok and Kristi Zarifeh, but congrats must go to the entire Canty team. Well done!
at 9:39 AM No comments:

Blast from the past 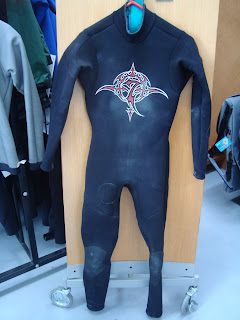 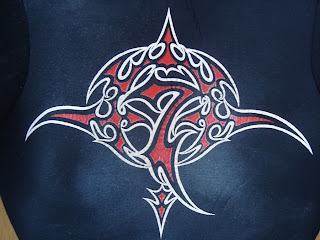 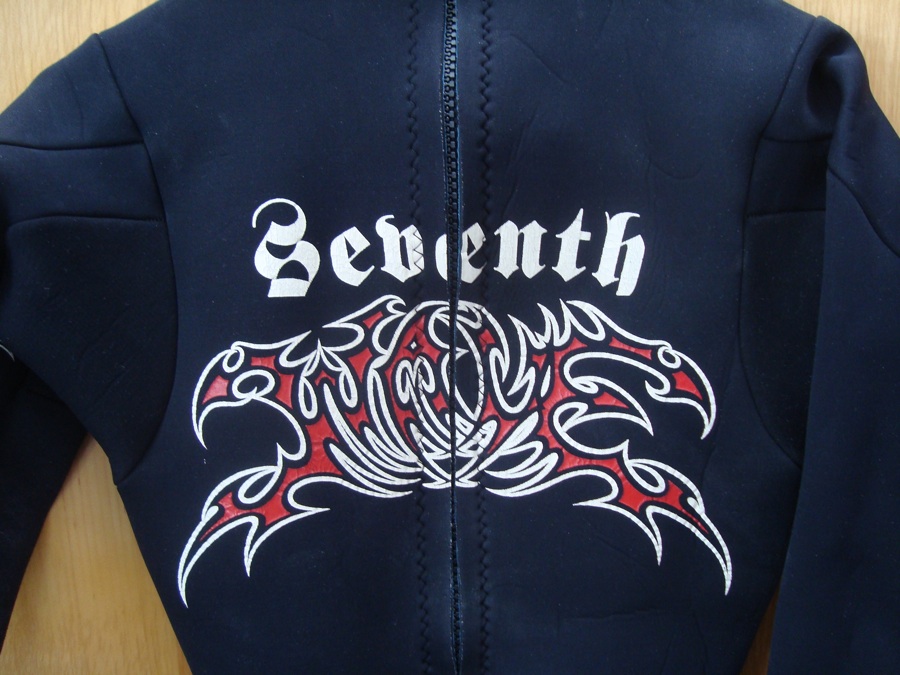 This trade-in was brought into the shop last week — to our surprise it was one of our very early models, which despite its age, is still going strong. It's at least 20 years old. We thought the prints were pretty cool...
at 1:50 PM No comments: