Look what the tide dropped off! 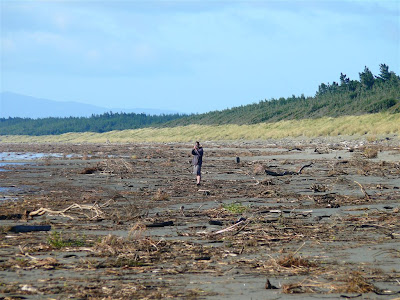 From Doug Singer, Waikuku Beach.
at 9:49 AM No comments:

Shot of the Day: santa snapped 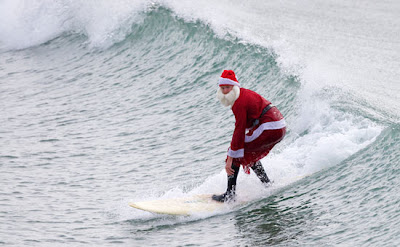 Taking a wee break from his work, Santa was snapped yesterday on his day off. When asked what his favourite wave was, Santa replied "New Brighton... there's just no better wave out there..."
at 12:18 PM No comments:

"Surfing New Zealand has today (Thursday 23rd December 2010) announced a squad of twenty one surfers in preparation for the 2011 Quiksilver ISA World Surfing Championship which takes place in Peru during May 2011.

The squad includes surfers from several regions throughout New Zealand with Gisborne and Auckland providing four surfers each as the most powerful regions.  Coromandel and Mount Maunganui fill three slots each while Northland and Waikato surfers fill two slots and a surfer a piece from Hawkes Bay, Taranaki and Christchurch.

The build up to the world championship event in May will be extensive with multiple national events taking place every month from January through until April giving surfers extensive opportunities to press for selection.

The squad will also meet for a selection camp before the travelling team is named in March and further preparations take place"
Read the full report from Surfing NZ here.
Extra special congratulations go to Seventhwave team rider Joe Moretti (Mimiwhangata) as well as the sole South Island representative, Sam Courtney (Chch).
Good luck to all the surfers from the Seventhwave Team!
at 12:21 PM No comments:

Shot of the Day: Benny Mackin' 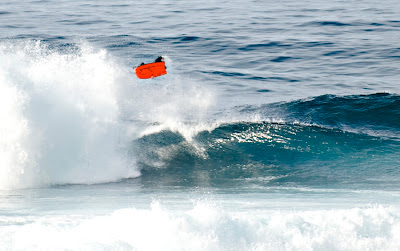 Email ThisBlogThis!Share to TwitterShare to FacebookShare to Pinterest
Labels: bodyboarding, shot of the day, team riders

Shot of the Day: Waikuku Beach 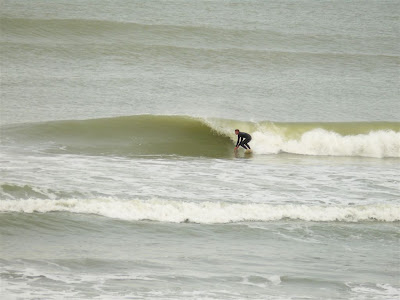 Received this from Doug Singer yesterday: Waikuku beach. Air temp about 26 degs an hour ago.
at 9:59 AM No comments:

Email ThisBlogThis!Share to TwitterShare to FacebookShare to Pinterest
Labels: bodyboarding

Dear Sam,
Thank you for the lovely letter, we are more than happy to send you stickers but we don't know where to send them to!?!
If we have your address maybe we could pass them onto Santa who will get them to you on our behalf... 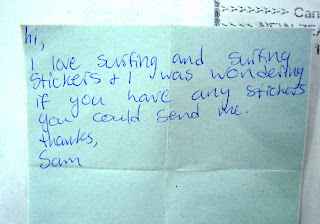 If anyone knows who Sam is please let us know..
Thanks,
The Seventhwave Team
at 11:35 AM No comments: 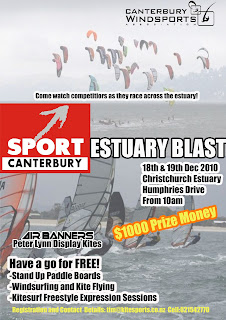 This weekends wind & kite event the ‘Sport Canterbury Estuary Blast’ is being hosted by Kite sports and they have managed to get together about $3000 worth of local support for the Estuary Blast. There is $1000 cash up for grabs from Sport Canterbury!
The Event will be held Sat 18th & Sunday 19th of December and the forecast is looking promising! So come on down & check out the action…even better register for the weekends racing & be in to win $$$ or prizes!!!
Check out http://www.facebook.com/#!/event.php?eid=108000975936447&index=1
If your not familiar with our Estuary kite spot, look out for the huge display kite flying from Peter Lynn Kites & AirBanners.. this will lead you to the event site!
Kite sports are also be putting on a ‘Have a Go’ aspect to this CWA www.cwa.org.nz club event, with Windsurf clinics & Kite flying training sessions. There will be Stand Up Paddle boards or ‘SUPs to have a go on too, all this supervised by keen as clubies!
at 11:25 AM No comments:

Seventhwave Team: Joe Moretti, surfer from Northland, New Zealand tells us about his home, how he started surfing, what scares him, and more. Shot in the beautiful beaches of Mimiwhangata, Northland. Check out more about Joe and our team riders at http://seventhwave.co.nz
at 2:26 PM No comments: 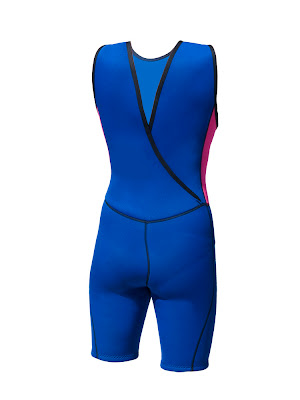 Hot off the press! We quite like the unique back entry system of this model, and the girls who've got one love it too. The X-Over Shorty — great for summer (how warm is the water at the moment!? Awesome!)
at 5:02 PM No comments: 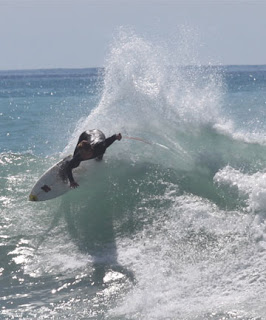 The Christchurch Press reports that 19 surf breaks in New Zealand will be protected under thee new Coastal Policy Statement. This includes 5 South Island spots and results in continued free public access, as well as protecting the water quality and the swell. This is great news for all beach goers!

Click here for more information, including what beaches will be protected.
at 2:03 PM No comments: