The 10 best surf shots of all time? 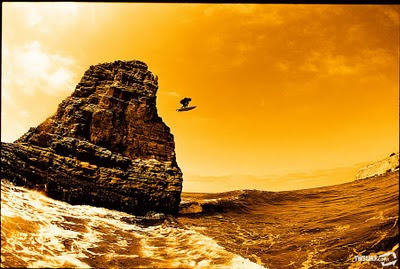 Just like all forms of art, what makes a memorable and legendary surf photo is a matter of personal opinion. One man’s treasure is another man’s trash. Every surfer has their own idea of what makes an image special, and trying to pick images that stand out as “the best” is a difficult procedure and not one to be taken lightly. However, some images are so remarkable they simply rise above debate. We scoured the past twelve volumes of TransWorld SURF and pulled hundreds of amazing images, making dozens of slideshows. We had special viewing parties where we poured over each image, recalling the impact the photo had on our readers, the surfers, the photographers, and the magazine itself. After narrowing our pick down to a few dozen choices, the battles began, and we started to see patterns in the types of photos different staffers and magazine fans liked. In the end, picking ten of the best surf photos in the history of TransWorld SURF was a challenge, and there were still a few hurt feelings and wounded egos when all was said and done.

Email ThisBlogThis!Share to TwitterShare to FacebookShare to Pinterest
Labels: surfing