What does bodyboarding, kiteboarding and the New Zealand Fire Service have in common? 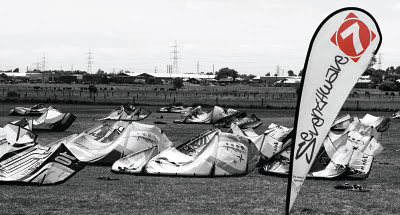 A: Seventhwave! If you're of the competing kind, or just want to watch some action, then there are a few competitions on the horizon that you should probably know about. Plus there's Seventhwave prizes at stake. 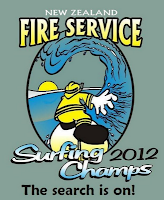 The 2012 event is scheduled to run from 30 January until 2 February, and will be based ‘somewhere in the North Island’ depending on weather & surf conditions. The likely options will be Piha, Port Waikato, Coromandel, Taranaki, Gisborne and Wairarapa.

NMD North Island Bodyboard Champs
The 2012 Jucy/NMD North Island Bodyboard Champs in Kaitaia is the first event of the 2012 BBSNZ Tour and runs from the 3-6th February 2012. Designed from the input of bodyboarders across New Zealand, these events are sure to please both riders and spectators. Over $6,000 in prizes from Seventhwave and other partner sponsors makes this event a winner.

Canterbury Kiteboarding Champs 2012
Once again the always popular Canterbury Freestyle Kiteboarding Champs is just a couple of weeks off. For an impressive airshow of flicks, tricks and other Kiteboard antics, make sure to get down to the Estuary in Christchurch on January 21-22. A full field and a number of divisions looks set to create an great day of kiting, and Seventhwave will be there in support.
at 11:26 AM