Kiwi champ off to the 2012 TECHNO 293 WORLD CHAMPIONSHIPS


Meet Xanthe Bowater, 16 year old windsurfer from Lyttelton. Brought up in a sailing family so yachting is certainly strongly in Xanthe’s genes. She has been racing dinghies since she was eight years of age and commenced windsurfing shortly after. She is the only South Island windsurfer competing in National course racing events, and one of only a handful of top young Female Windsurfers in New Zealand. 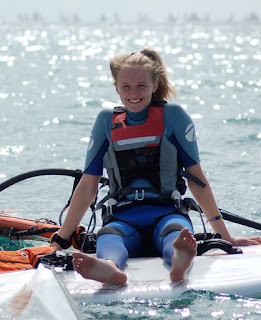 Xanthe entered in her first competition at 13 and won the North Island title that same year. The following year she was Nationals under 15 champion then kicked off her International career, competing in New Caledonia, and taking a podium position at just 14 years old.
In 2011 Xanthe headed over to San Francisco with six other keen young windsurfers to represent New Zealand at the Techno 293 World Champs.
Her results for the last season have been impressive, achieving top places in every competition she enters. This is her first season in slalom racing; she won the Canterbury Championships Junior event and was the youngest female competitor of the Nationals. Winning both the New Zealand and Oceanic under 17 titles and the prized Kendall cup series earlier this year Xanthe is definitely a name to watch. 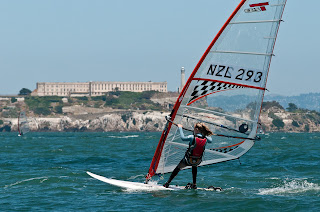 In August she will be joining the International Competition once again travelling to the Netherlands to compete in the 2012 Techno World Championships. Whilst over there she is hoping to get extra training in with some of the European teams and also race in the Baltic regatta, Poland.
Having Windsurfing dropped from The Olympics this year has been a big blow but Xanthe has adopted a really positive attitude, focusing her attention on the World Championships and the other six competitions she has over the next seven months (which include another crack at the Australian Youth trials and Down Under Series).
She will also be competing to retain the Kendall Cup once again next year, competing in six regattas during the New Zealand sailing season. 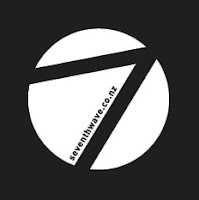 Xanthe is heavily involved in her home club, Naval Point Club Lyttelton, playing a major part in the promotion of Windsurfing as a fun and competitive sailing option. She has been helping alongside local Windsports club, Windsurf New Zealand and Yachting New Zealand to make this happen, obviously seriously committed to the sport! She is now into her second season of teaching ‘Learn to Windsurf’ at the club, loving introducing children and adults to the sport that means so much to her, as well as helping out at the Club and Estuary as much as she can.
We are delighted to support Xanthe, and have her as part of the Seventhwave team.


Xanthe also has support from the following companies: 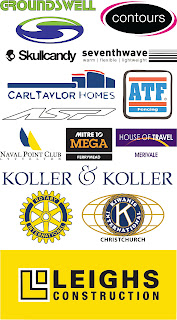