The 2013 Canterbury Kiteboarding Champs got off to a great start with 30 riders turning up to entertain the crowd with their electrifying riding ability. The competition was held on the weekend of the 26th and 27th of January.

Saturday was warm and clear but not much wind so it was time for a SUP race (Stand Up Paddle board), Aaron Smith set a blistering pace while Dave from Australia found it easier going in reverse.
A bit of wind came through so the juniors were sent out for their contest where Jae Smith, aged 11 managed to beat Ethan Waitoa aged 10, both riders putting on a good display.
Next up party time- (Nathan and Ariana put on a dam good do, cheers guys).

Sunday started slowly for a few but by lunchtime the wind had picked up to 15 knots, and it was racing time. Tim Stockman showing his skills by claiming first place. By the end of the race the wind had picked up to 18 knots, enough to get the freestyle contest underway. All contestants throwing down tricks of the highest level to determine the Canterbury champion.
The prize giving, held at the Speights Ale House rounded up the weekend with the entrants getting the pick of the fantastic prizes supplied by our sponsors. 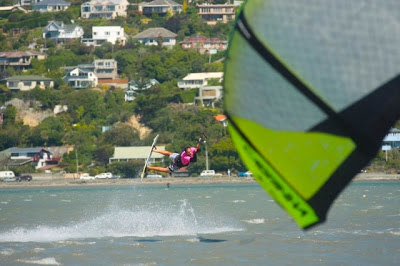 Congratulations to Fenella Mills who won the ASP kiteboard. Thanks to all the riders for some great entertainment, everyone who helped in setting up and running of the contest and the judges for their amazing effort.

A BIG thanks to the sponsors for their awesome support of this event.
-ASP Kiteboards
-Groundswell Sports
-Kitesports
-Seventhwave Wetsuits
- Duke Sunglasses
-CWA
-Speights Ale House


From more information about any club events or to join check the website at www.cwa.org.nz 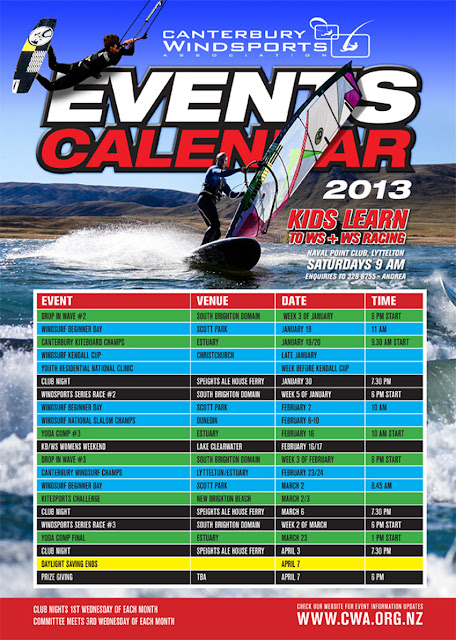